This trip actually started as a weekend vacation to Hilton Head, SC, for a wedding. Since it was for a wedding, though, we were busy most of the time we were there. This one particular day was completely free so my friend, Kassie, and I decided to venture to Savannah, GA since neither of us had been there.  We left early and spent the day there and soaked up as much as we could. My 11 month old goddaughter was also with us so everything we did was baby friendly!

1. Sit on the bus stop bench where Forrest Gump sat…but you have to get creative 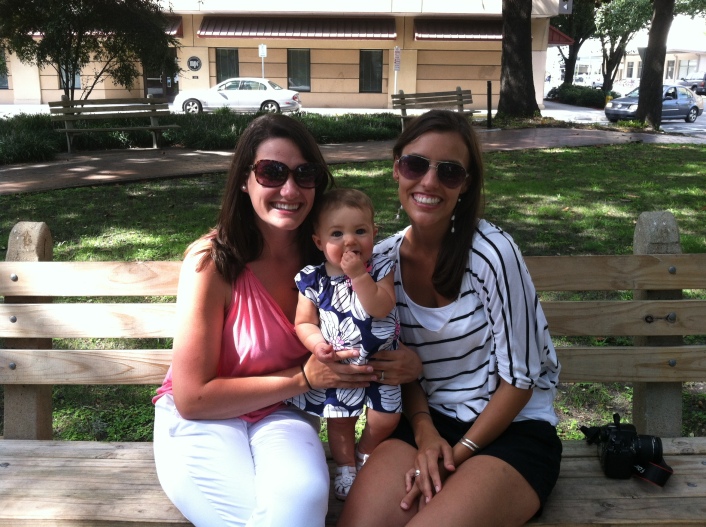 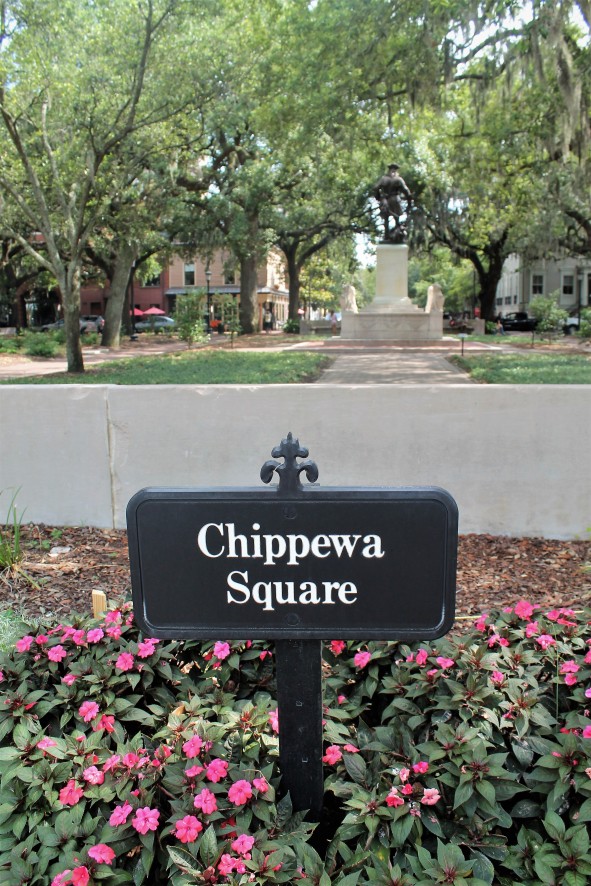 The famous bus stop scene from Forrest Gump took place in Chippawa Square. When we got there however the bench was not there (and apparently never was). I was told that it was a movie prop and now sits in a museum. I was a bit disappointed, but aside from the bench not being there the backdrop is exactly the same, the big James Oglethorpe statue in the middle and everything! It was neat walking around right where such an important part of the movie was filmed. And there were still benches that look just like the one from the movie so we went ahead and snagged a pic anyway!

You could spend the whole day doing this! There are lots of restaurants and bars and tons of neat shops, including an amazing candy kitchen we spent way too much time in! Haha The view of the river is simple and gorgeous and the stone road and sidewalks are so pretty! This is also a easy place to find restrooms and ATMs if you’re on the go! 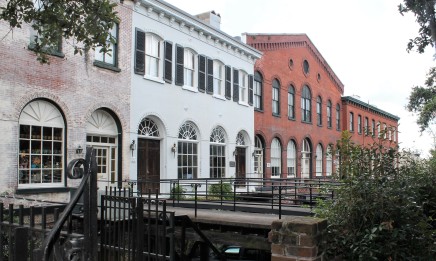 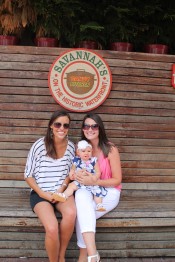 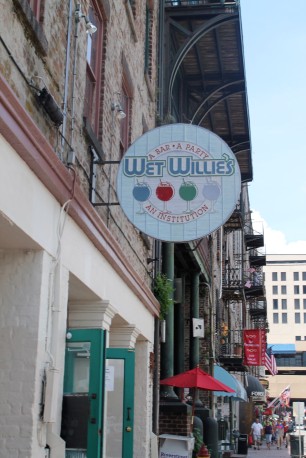 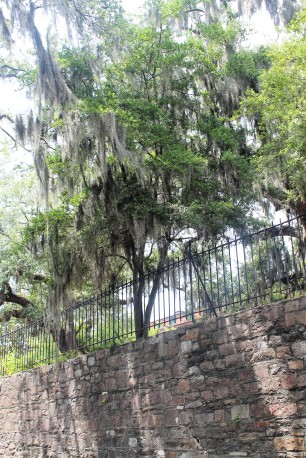 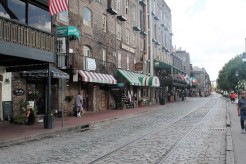 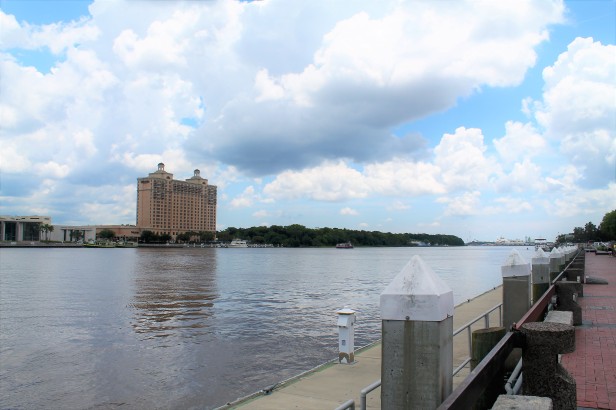 Both this dish and restaurant were suggested to Kassie and I and we knew it was a must-do! I have a weakness for food that’s specific to an area and was told that shrimp and grits in Georgia is a must! Well, let me tell you what, I’m not a shrimp fan and I’m not a grits fan but this was delicious! The crab dip appetizer was also fantastic! We sat outside, even though it was hot, because the riverwalk atmosphere was so fun and the view was so relaxing!

4. Take a stroll (by vehicle or on foot) through the spanish moss lined roads

This may have been my favorite thing about the area! This was actually the one and only thing I had on my bucket list before venturing into Savannah. There’s something simple charming and beautiful about the oaks and cypress trees that the Spanish moss hangs from. It looks like you’re driving through a movie set on a film set in the south years ago. Just so whimsical! (I don’t necessarily suggest stopping your car in the middle of a road for a picture though, like I did) 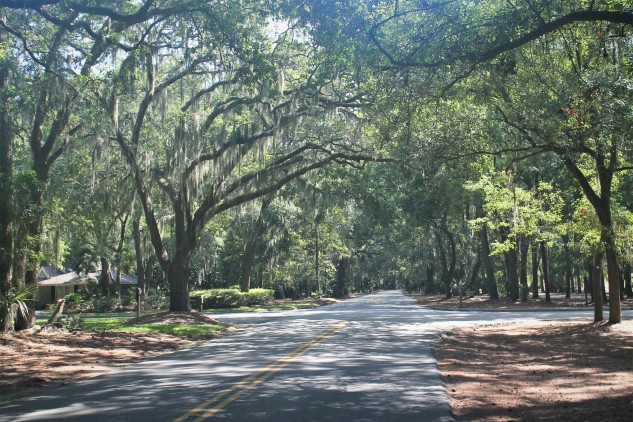 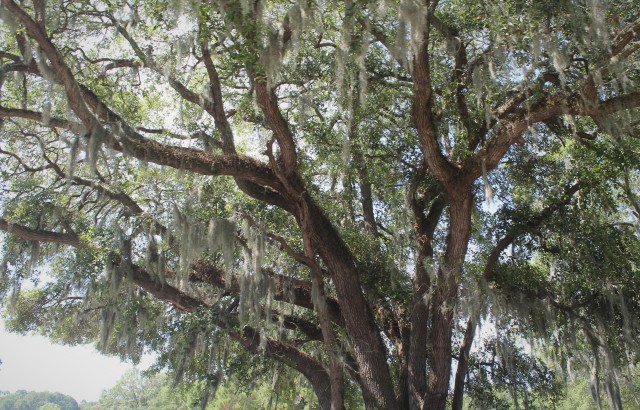 5. Soak in history in the Colonial Park Cemetery 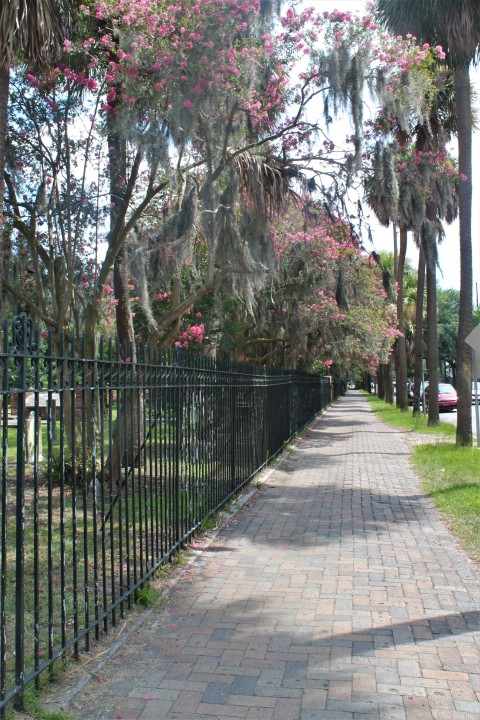 I’m awful when it comes to historical facts but I love historical buildings, replicas, cemeteries, etc. When we stumbled across this while walking through Savannah we couldn’t help but have a look around. There is a stone walkway through the cemetery so it is easy to navigate which helped since we had a stroller with us! The cemetery was established back in 1750 and there are several Revolutionary War veterans buried there. If I remember correctly it is the oldest cemetery (well, documented one) in all of Savannah. (I didn’t take any photos once we were inside the gates of the cemetery, but in the above photo you can see some of the tombs and headstones on the other side of the fence).

Have you ever been to Savannah? Or live there? Would you add anything to the list? 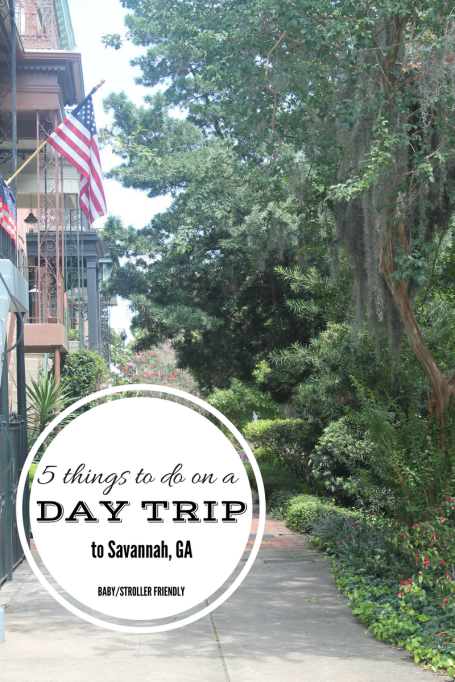 8 thoughts on “Domestic Travel: 5 Things to do on a Day Trip to Savannah (Baby Friendly)”